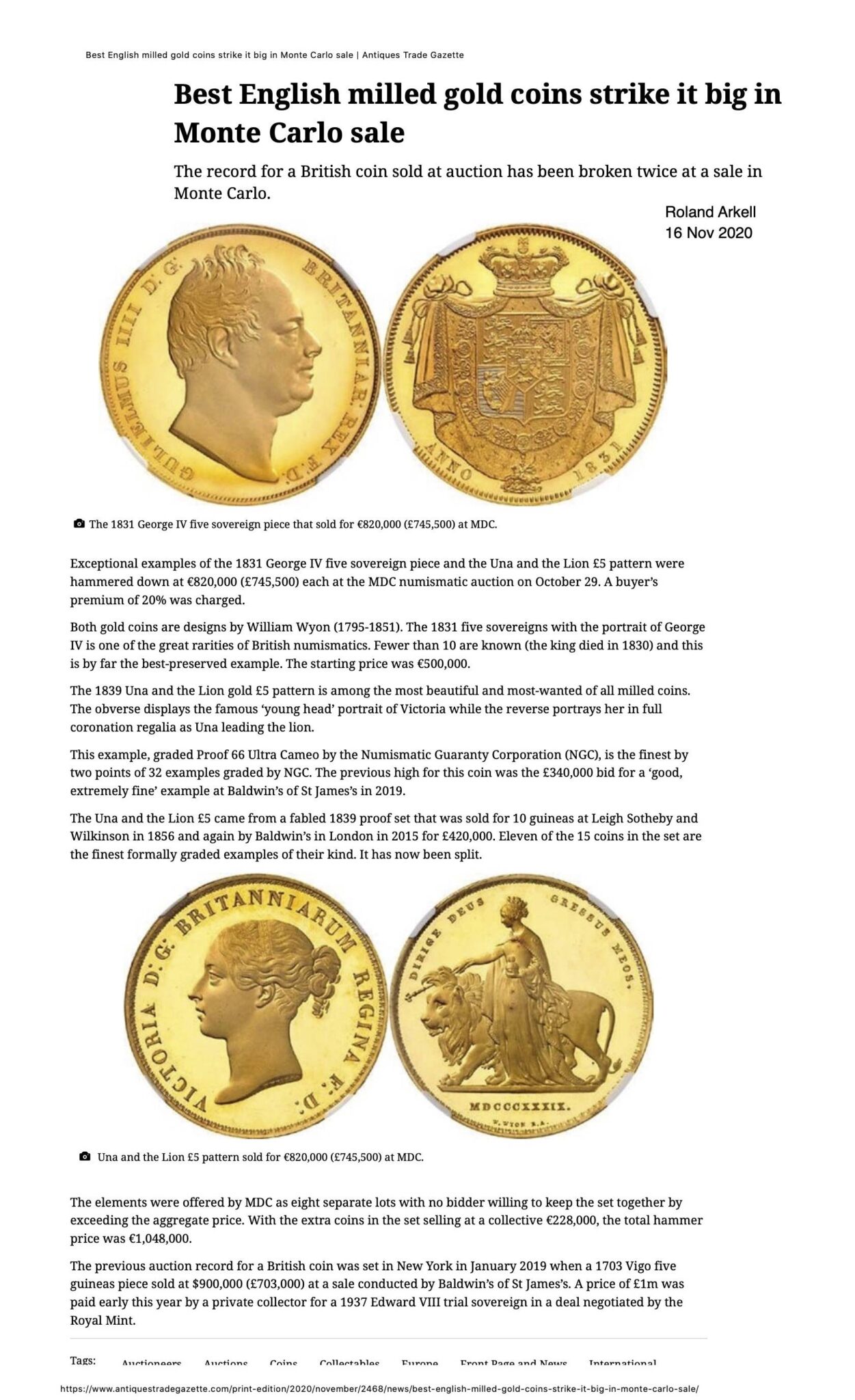 English milled gold coins strike it big in Monte Carlo sale. The record for a British coin sold at auction has been broken twice at a sale in Monte Carlo.

Both gold coins are designs by William Wyon (1795-1851). The 1831 five sovereigns with the portrait of George IV is one of the great rarities of British numismatics. Fewer than 10 are known (the king died in 1830) and this is by far the best-preserved example. The starting price was €500,000.

The 1839 Una and the Lion gold £5 pattern is among the most beautiful and most-wanted of all milled coins. The obverse displays the famous ‘young head’ portrait of Victoria while the reverse portrays her in full coronation regalia as Una leading the lion.

This example, graded Proof 66 Ultra Cameo by the Numismatic Guaranty Corporation (NGC), is the finest by two points of 32 examples graded by NGC. The previous high for this coin was the £340,000 bid for a ‘good, extremely fine’ example at Baldwin’s of St James’s in 2019.

The Una and the Lion £5 came from a fabled 1839 proof set that was sold for 10 guineas at Leigh Sotheby and Wilkinson in 1856 and again by Baldwin’s in London in 2015 for £420,000. Eleven of the 15 coins in the set are the finest formally graded examples of their kind. It has now been split.

The elements were offered by MDC as eight separate lots with no bidder willing to keep the set together by exceeding the aggregate price. With the extra coins in the set selling at a collective €228,000, the total hammer price was €1,048,000.

The previous auction record for a British coin was set in New York in January 2019 when a 1703 Vigo five guineas piece sold at $900,000 (£703,000) at a sale conducted by Baldwin’s of St James’s. A price of £1m was paid early this year by a private collector for a 1937 Edward VIII trial sovereign in a deal negotiated by the Royal Mint.