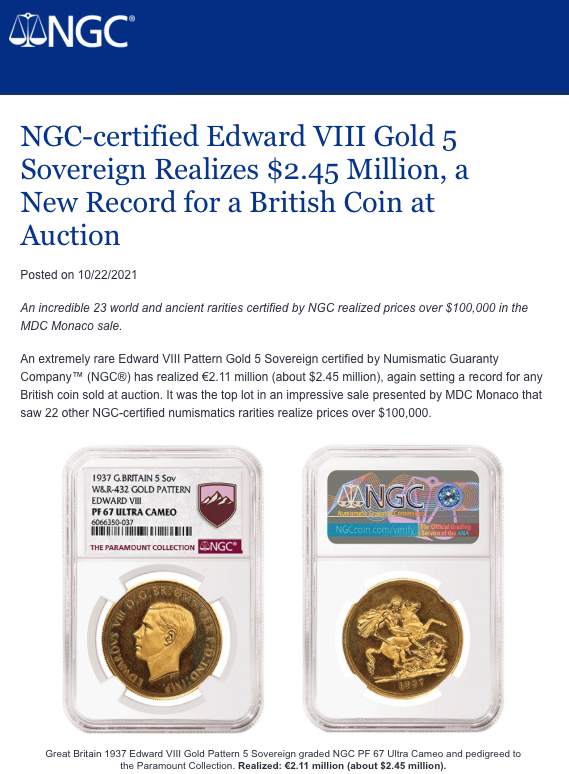 Edward gold coin sold for a pretty penny. By Joseph Draper. A RARE gold coin produced for King EdwardVIII’s short-lived reign sold for a record £1.78million. The £5 coin with his bust on one side was struck but never put into circulation as he abdicated after just 11 months. It is one of only three known to exist, with the others belonging to the Royal Mint and a private collector in America. The coin, which was designed by Humphrey Paget, sparked a bidding war when it went under the hammer with Monnaies de Collection, in Monaco. Nicolas Gimbert, expert at the auction house, said: “We are absolutely proud and delighted to have sold the most expensive coin of all time in Monaco – and the most expensive British coin sold. “The coinage of Edward VIII is extremely rare and the 200 or so prepared in the course of 1936 were destroyed after his abdication.” Edward stepped down from his role so he could marry divorced socialite Wallis Simpson. They were estranged from the Royal Family and spent most of the remainder of their lives in France.