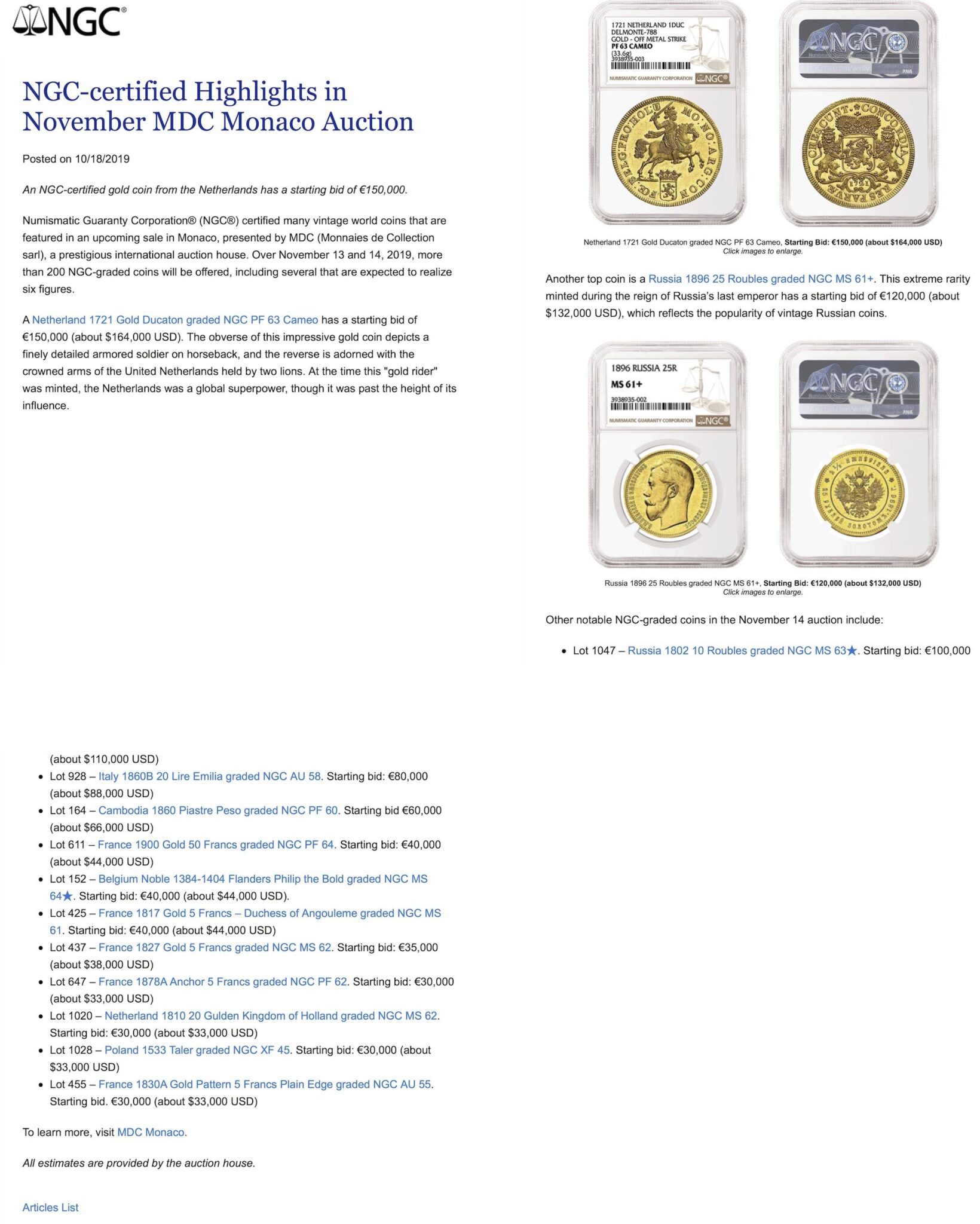 NGC-certified Highlights in November MDC Monaco AuctionPosted on 10/18/2019
An NGC-certified gold coin from the Netherlands has a starting bid of €150,000.

Numismatic Guaranty Corporation® (NGC®) certified many vintage world coins that are featured in an upcoming sale in Monaco, presented by MDC (Monnaies de Collection sarl), a prestigious international auction house. Over November 13 and 14, 2019, more than 200 NGC-graded coins will be offered, including several that are expected to realize six figures.

A Netherland 1721 Gold Ducaton graded NGC PF 63 Cameo has a starting bid of€150,000 (about $164,000 USD). The obverse of this impressive gold coin depicts a finely detailed armored soldier on horseback, and the reverse is adorned with the crowned arms of the United Netherlands held by two lions. At the time this “gold rider” was minted, the Netherlands was a global superpower, though it was past the height of its influence.